Should new cars be given a four-year MOT exemption? 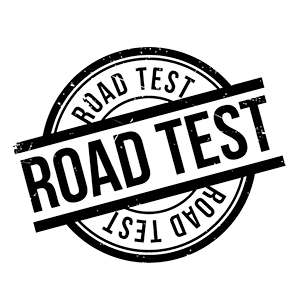 We live in a time where technology is developing faster than ever, especially in the motoring industry. With vehicles being built to last, with advanced technology and durability being at the centre of vehicle development – can we afford to make MOTs a once every four-year thing? HiQ Tyres & Autocare Havant (Triangle Cars) investigate.

The Department for Transport (DFT) are proposing that new vehicles would need to be MOT checked every four years, after sharing that the number of cars between three and four years old that were involved in accidents where a vehicle defect had occurred fell from 155 in 2006 to just 57 in 2015.

Many European countries have already made an exemption, and with around two million cars going for their first MOT test each year it has been claimed that it could be saving us all a small fortune of £100 million each year. It sounds great, but would do the experts think?

According to Stuart James, the head of the Retail Motor Industry Federation (RMI) he thinks it’ll actually cost us all more in the long run. He said: “This proposal would, without doubt, cost consumers more in repair costs, incentivise ‘clockers’ and be detrimental to the UK’s excellent road safety record for no particular gain”.

When do cars fail their MOT?

The latest MOT testing data for Great Britain indicates that 40% of cars fail their MOT on their first attempt. This is a major indication that this number would be set to increase if new car MOTs were every four years. James added: “The government seems to take the view that the MOT is a burden on motorists. We think that motorists deserve more credit than that. Road safety is a priority for them and their families”.

Chief Executive of BookMyGarage Douglas Rotberg said: “I see tyres as being a real safety issue. Most drivers do not check their tyres for tread depth cuts and bulges. And many people wouldn’t know what they should be looking for in the first place”.

He added: “For every defective tyre, motorists can incur a fine of up to £2500 and three penalty points. Each defective tyre is considered a separate offence so four defective tyres could land you with £10,000 fine.”

So what do we think about the 4 year MOT exemption?

While leap years and the Olympics occur every four years, our experts are warning that MOTs shouldn’t join the fourth-year club. While we appreciate the advancements being made in the motoring industry and that vehicles are being made to last, we can’t ignore the importance of regular safety checks on vehicles. And while it looks cost effective in the short-term, in the long-term it could be costing us more. MOT checks are there for a reason and the pros to fourth year MOT tests are outweighed by the cons.

Let us know what you think in our comments below. HiQ Tyres & Autocare Havant (Triangle Cars) provide MOT tests and inspections for all cars over the age of 3 years old. We have fully qualified DVSA nominated testers that carry out the work and can conduct any repairs on site. If you need an MOT test you can book online today with HiQ Tyres & Autocare Havant (Triangle Cars) in Havant!