Do you remember these iconic vehicles from films and TV shows?

Films and television shows are some of the most popular entertainment in today’s society. Whether it’s going to the cinema with friends or sitting in bed watching Netflix, we all participate in some way. One of our favourite things about films and TV shows is that we can all pick things that are tailored to our interests and passions. Obviously, we like to opt for motor related programme – but aside from things like Top Gear there are lots of fictional films and TV shows that use cars. There are quite a few iconic ones too, but can you remember them? We’ve compiled a list, so, why not see how many you can remember? 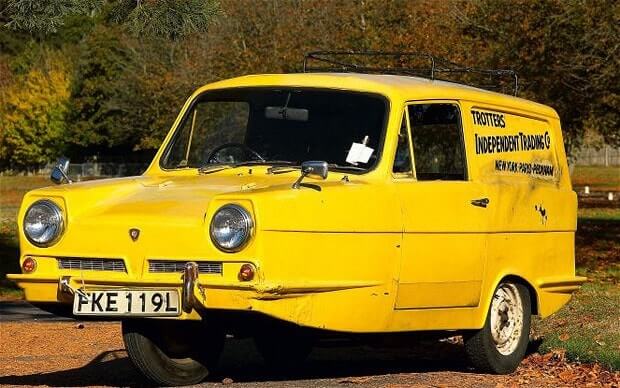 Only Fools and Horses

This British sitcom was set in Peckham, South London and focused on the lives of Del Boy and Rodney Trotter. They run their own business titled Trotters Independent Trading and focused on dodgy underground trading that they thought would get them rich quick. Their business vehicle is a 1968 Reliant Regal van with three wheels. It was painted yellow by the BBC and had the Trotters Independent Trading sign on it. The van was used in many get away scenes and fit the personality of the Trotter brothers. The van used in the series was sold in an auction last year (2017) for just over £41,000. (Yes, that seriously happened!) The van came with 71,778 miles on the clock, the original owners’ logbook and a full MOT that runs out in June this year. So, it’s technically still driveable! 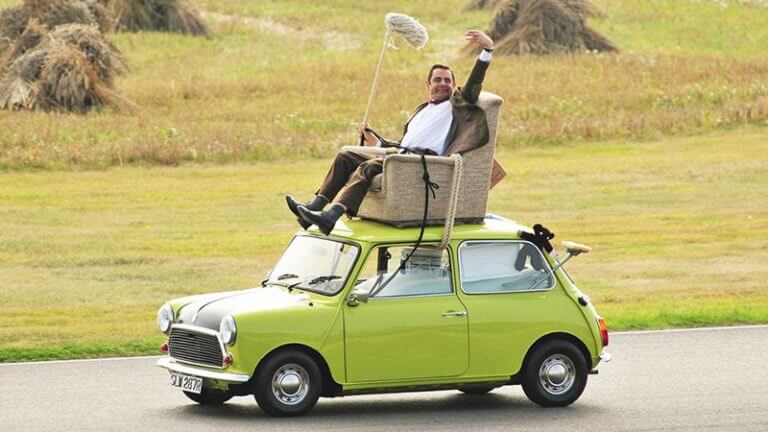 This is another famous British sitcom that was based on the life of Mr Bean – a fully grown man who acts like a child. The show uses physical comedy and minimal speech to tell its stories. One way this is done is through the use of props… including Mr Bean’s car. He drives a 1977 British Leyland Mini Cooper 1000 Mark 4 that’s bright green with a black bonnet. Some of the ways the vehicle was used to create humour included Mr Bean locking the car with a padlock, trying to leave a car park without paying car park fees by trying to leave the car park through the entrance and driving the car with an armchair on top of it.

Back to The Future

Back to The Future has become one of the most popular film franchises in recent years. The trilogy of films started in 1985 when the first one was released. The film focuses on the story of Marty McFly (Michael J. Fox) who travels back to 1955 thanks to his car that doubles as a time machine. His vehicle was a 1981 DeLorean DMC-12 – these vehicles were produced in Northern Ireland between 1981 and 1983. These are just a few of the most iconic films and TV shows that feature cars. One thing we love about the TV shows and films on this list is that they appeal to a wide range of audiences. They can be watched as a family and the vehicles all add unique personality to the characters who drive them. In need of a service? You can use our quick and easy online booking tool today!